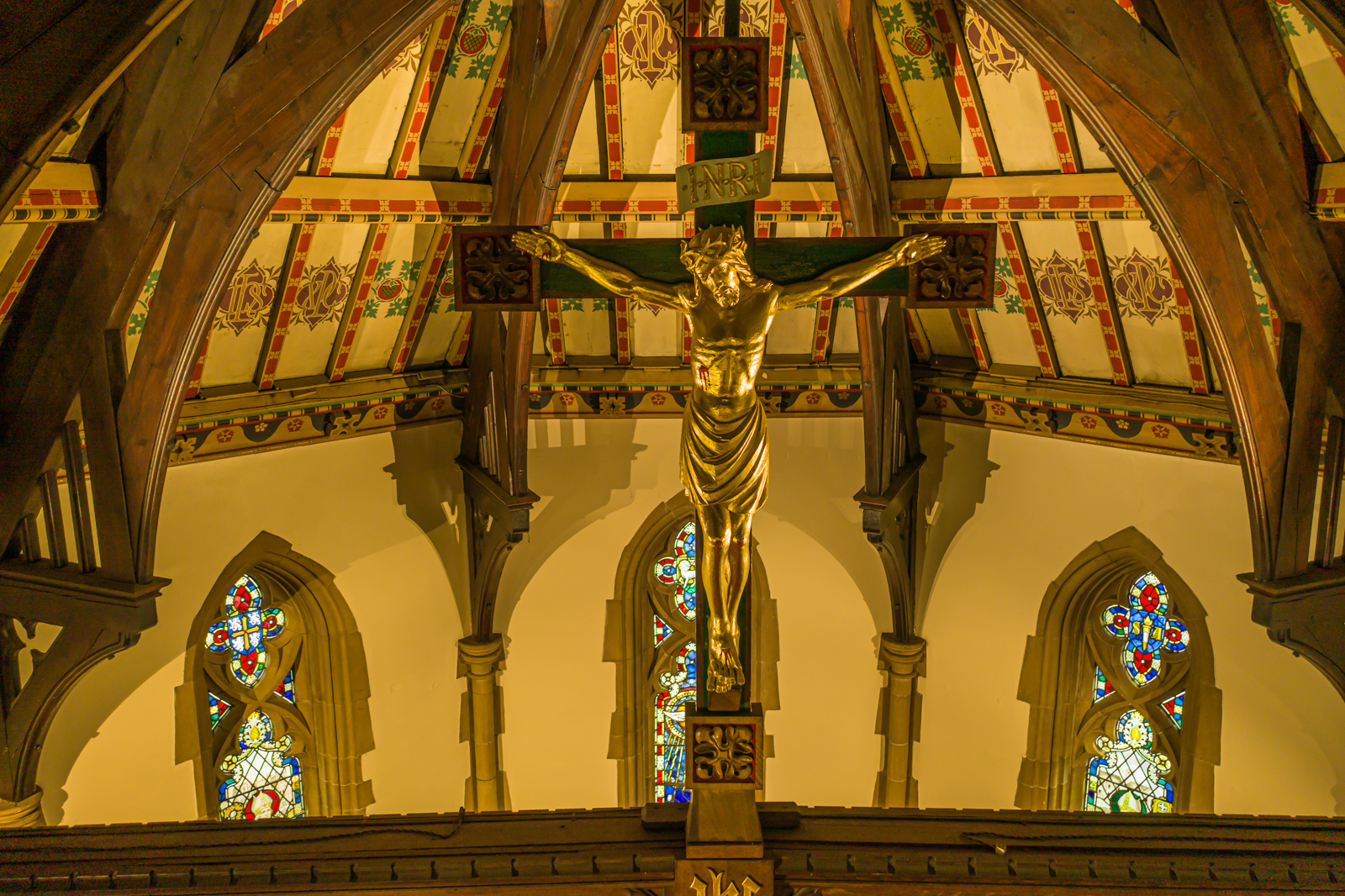 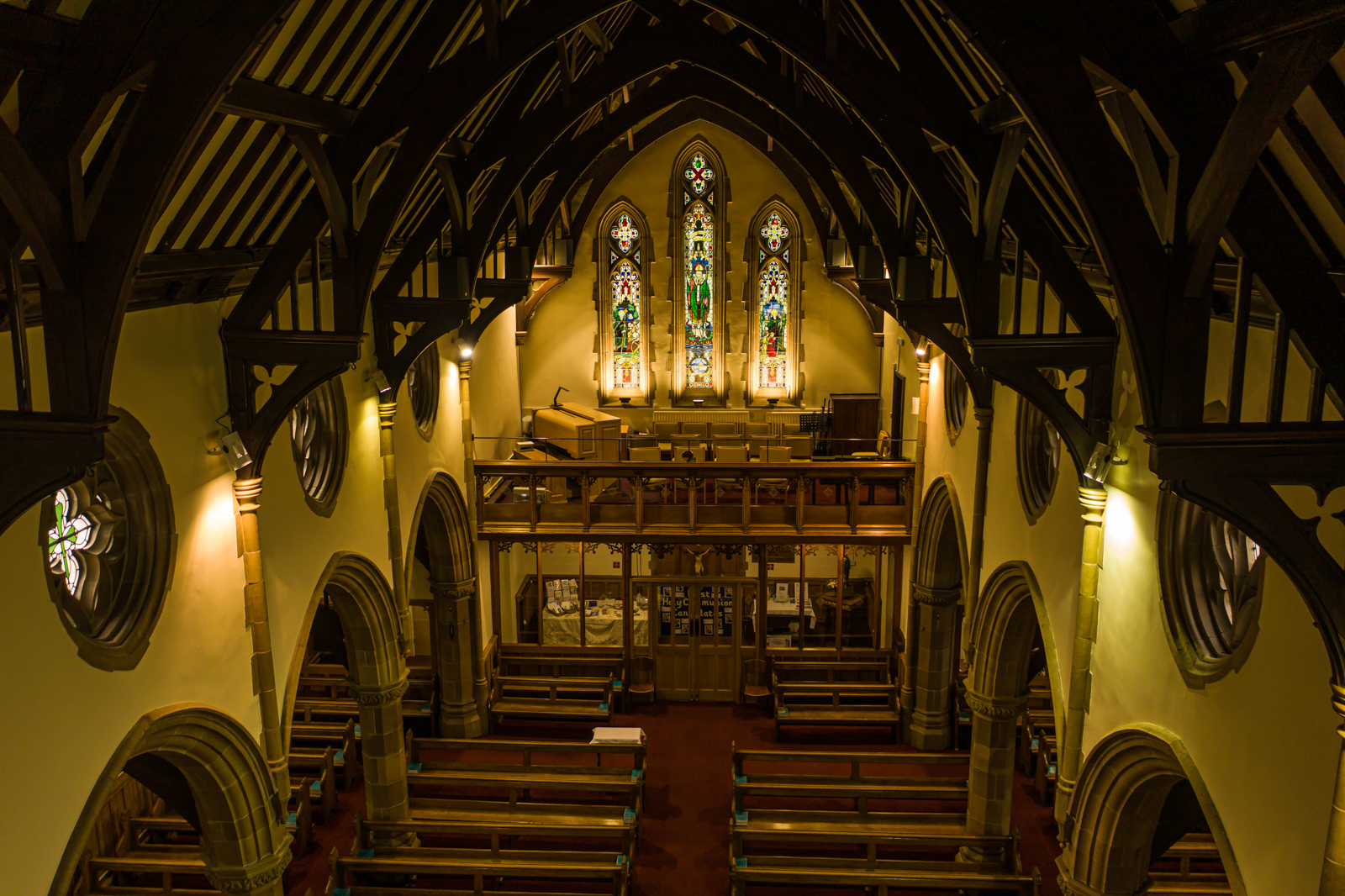 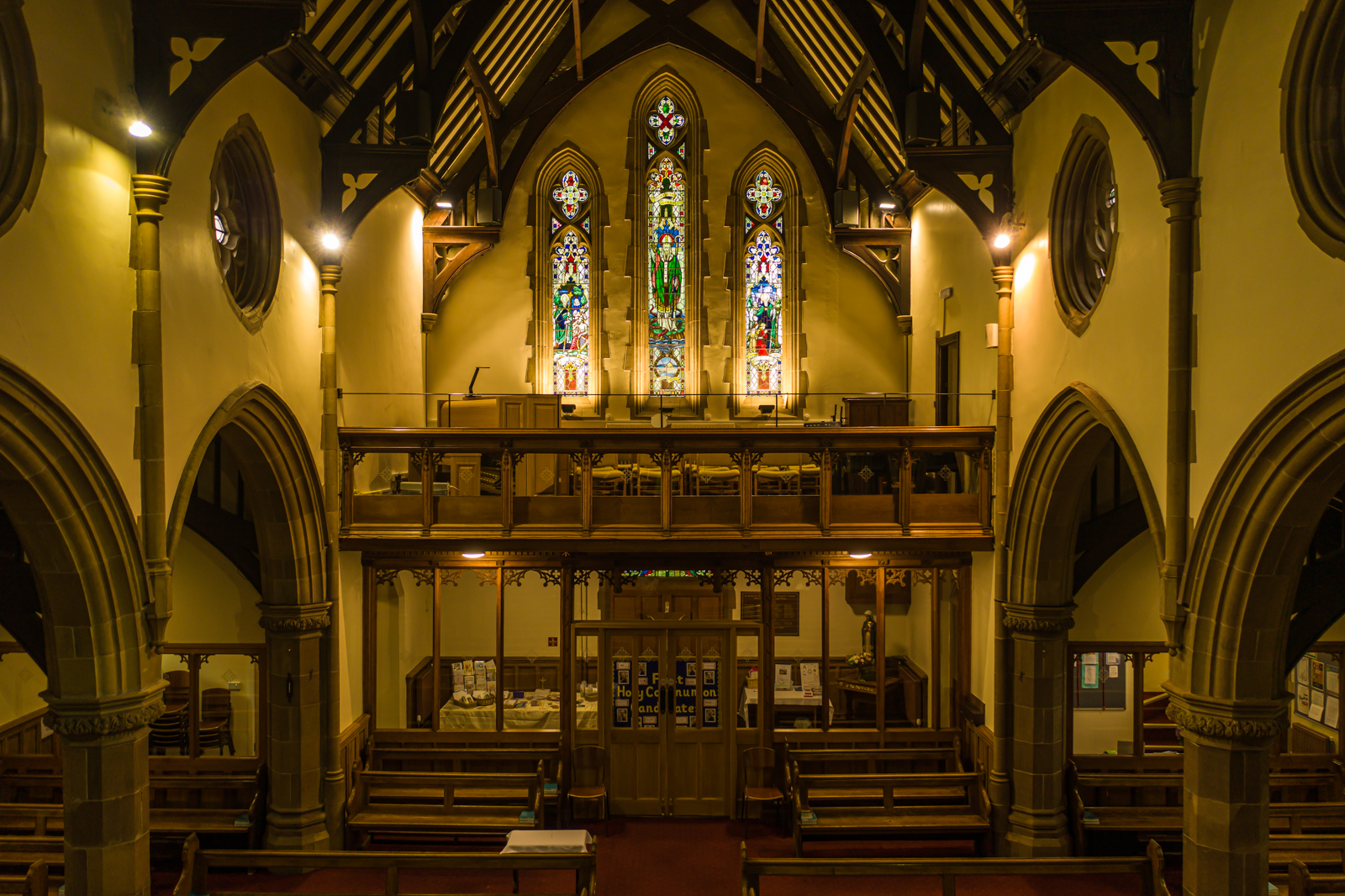 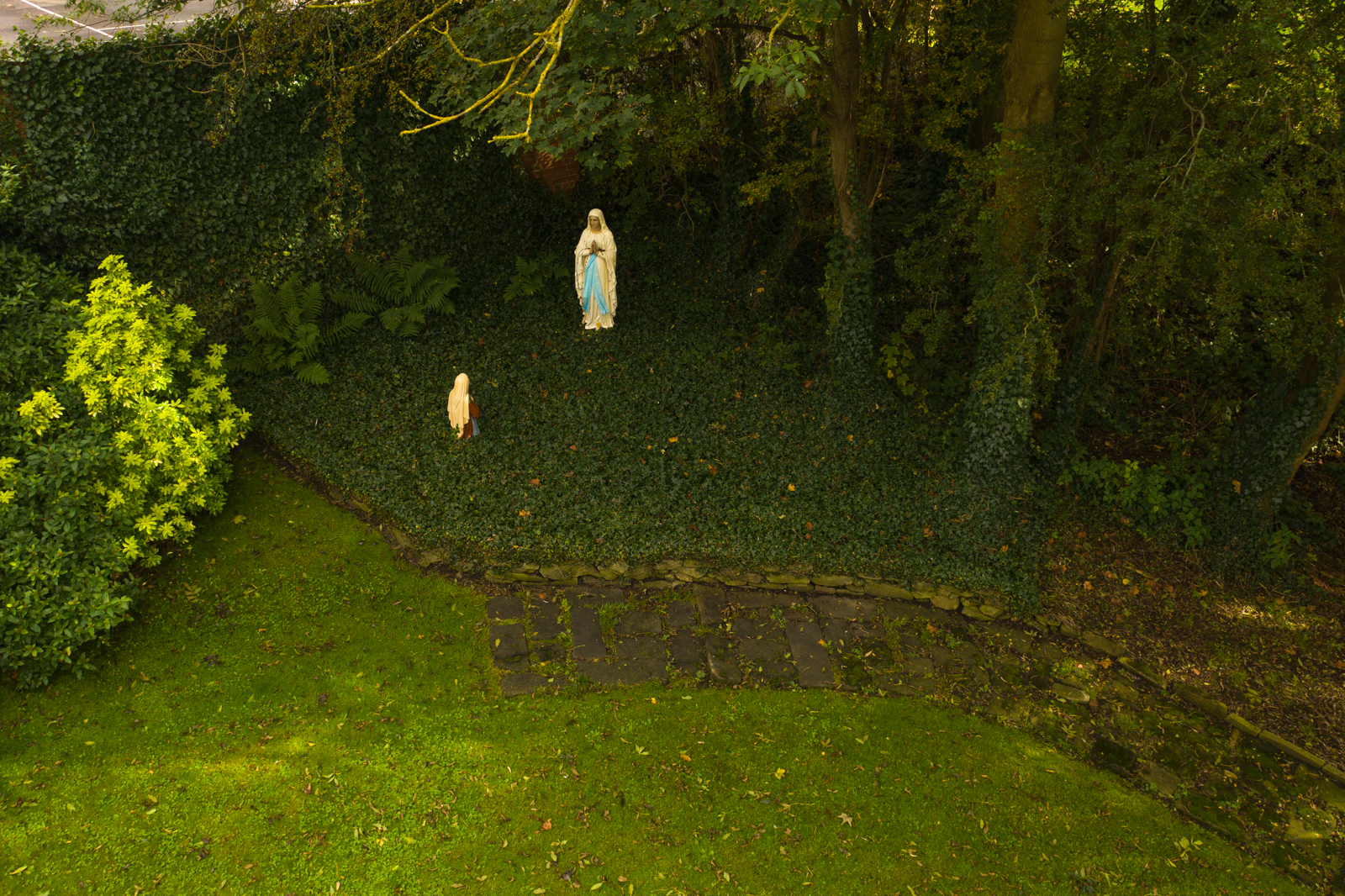 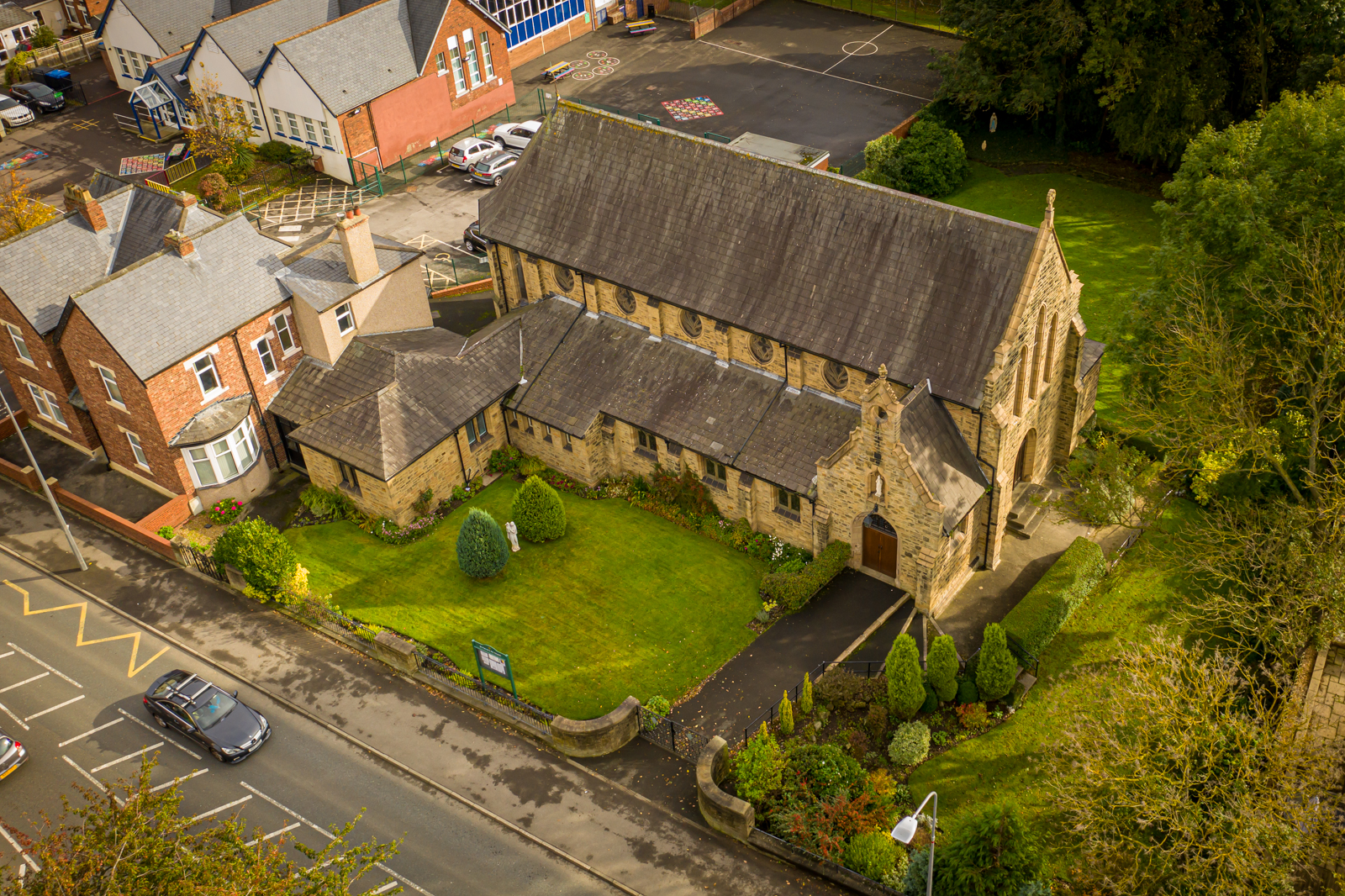 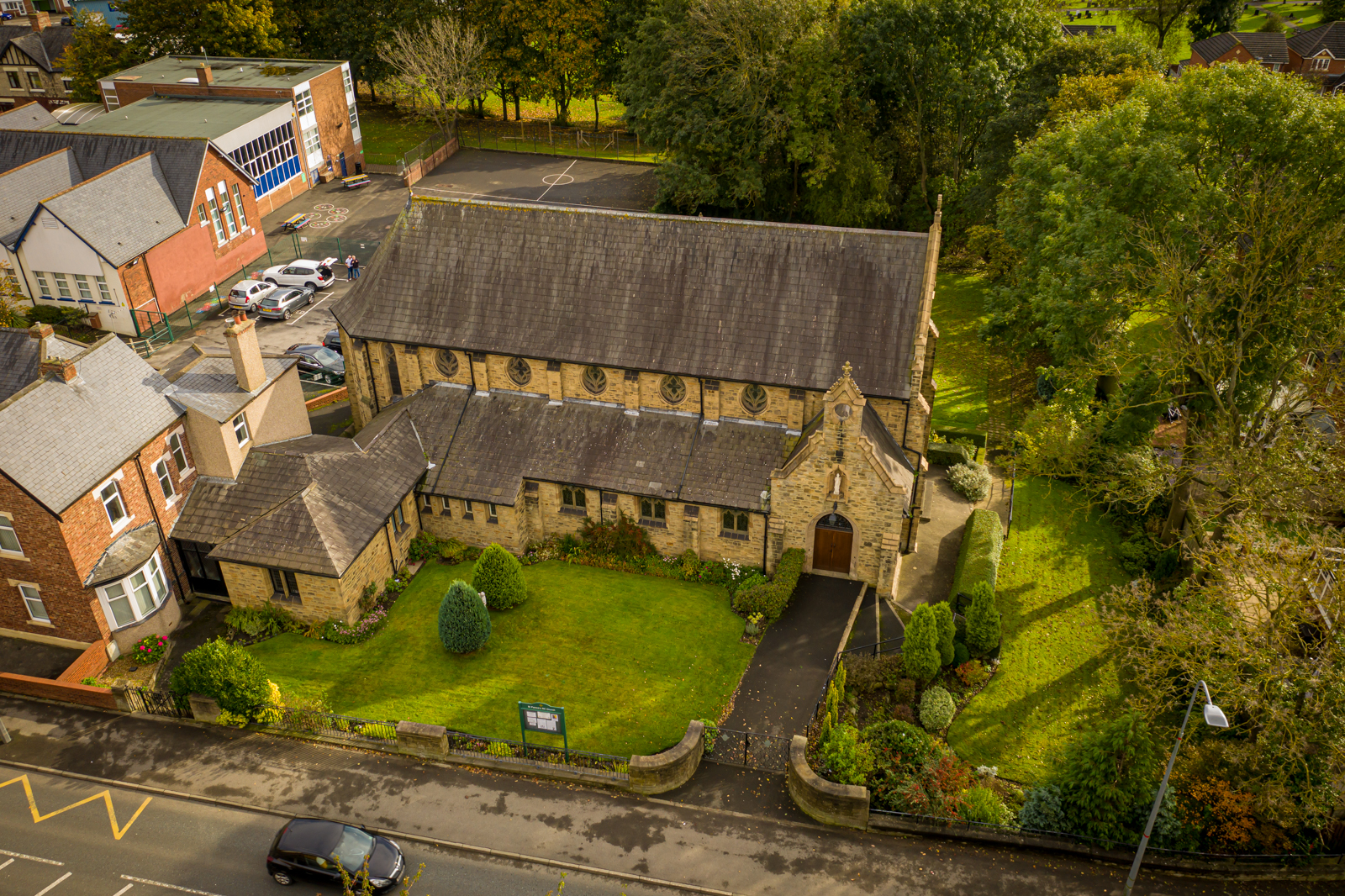 As the Parochial Administrator of Saint Patrick’s Church and Parish Community, I would like to extend a warm welcome to you. All that we do here as a parish community is about living the Gospel of Christ and proclaiming his Good News to those who come here and all whom we encounter through the ordinary lives we lead.

Our Church is a Welcoming Community, and we will be delighted for you to join us as you come to enter into the stillness and tranquillity of the church for worship or a moment of prayer. The website and our Twitter Feed allow you to enter into the life of the Community – albeit digitally and virtually – so as to connect you with the people who use this place regularly and find their sense of peace here, too. Just check on the opening times of the Church through the newsletter.

The website and Twitter posts are not, though, just about offering information; they are about keeping people in touch with the parish community and with one another. The pandemic has seen parish boundaries stretched not just across a city but across countries. It has been so good to welcome people back to Mass.

Do come and visit. You’ll find the opening times of the church on the weekly newsletter and whilst they may be limited, the Church does offer you the chance to come into the presence of God and know that he is near. As things change week by week nationally, you’ll find we are open to enable you to find something of God’s peace and presence in this beautiful place.

May the God who seeks to reveal the immensity of his love for us remind each of us – always – that he is near.

First Reading – Wisdom 18: 6-9
That night had been foretold to our ancestors, so that, once they saw what kind of oaths they had put their trust in, they would joyfully take courage. This was the expectation of your people, the saving of the virtuous and the ruin of their enemies; for by the same act with which you took vengeance on our foes you made us glorious by calling us to you. The devout children of worthy men offered sacrifice in secret and this divine pact they struck with one accord: that the saints would share the same blessings and dangers alike; and forthwith they had begun to chant the hymns of the fathers. Response: Happy the people the Lord has chosen as his own.

Second Reading – Hewbrews 11: 1-2, 8-19
Only faith can guarantee the blessings that we hope for, or prove the existence of the realities that at present remain unseen. It was for faith that our ancestors were commended. It was by faith that Abraham obeyed the call to set out for a country that was the inheritance given to him and his descendants, and that he set out without knowing where he was going. By faith he arrived, as a foreigner, in the Promised Land, and lived there as if in a strange country, with Isaac and Jacob, who were heirs with him of the same promise. They lived there in tents while he looked forward to a city founded, designed and built by God. It was equally by faith that Sarah, in spite of being past the age, was made able to conceive, because she believed that he who had made the prom-ise would be faithful to it. Because of this, there came from one man, and one who was already as good as dead himself, more de-scendants than could be counted, as many as the stars of heaven or the grains of sand on the seashore. All these died in faith, before receiving any of the things that had been promised, but they saw them in the far distance and welcomed them, recognis-ing that they were only strangers and nomads on earth. People who use such terms about themselves make it quite plain that they are in search of their real homeland. They can hardly have meant the country they came from, since they had the opportunity to go back to it; but in fact they were longing for a better homeland, their heavenly homeland. That is why God is not ashamed to be called their God, since he has founded the city for them. It was by faith that Abraham, when put to the test, offered up Isaac. He offered to sacrifice his only son even though the promises had been made to him and he had been told: It is through Isaac that your name will be carried on. He was confident that God had the power even to raise the dead; and so, figuratively speaking, he was given back Isaac from the dead.

Gospel – Luke 12: 32-49
Jesus said to his disciples: ‘There is no need to be afraid, little flock, for it has pleased your Father to give you the kingdom. ‘Sell your possessions and give alms. Get yourselves purses that do not wear out, treasure that will not fail you, in heaven where no thief can reach it and no moth destroy it. For where your treasure is, there will your heart be also. ‘See that you are dressed for action and have your lamps lit. Be like men waiting for their master to return from the wedding feast, ready to open the door as soon as he comes and knocks. Happy those servants whom the master finds awake when he comes. I tell you solemnly, he will put on an apron, sit them down at table and wait on them. It may be in the second watch he comes, or in the third, but happy those servants if he finds them ready. You may be quite sure of this, that if the householder had known at what hour the burglar would come, he would not have let anyone break through the wall of his house. You too must stand ready, because the Son of Man is coming at an hour you do not expect.’ Peter said, ‘Lord, do you mean this parable for us, or for everyone?’ The Lord replied, ‘What sort of steward, then, is faithful and wise enough for the master to place him over his household to give them their allow-ance of food at the proper time? Happy that servant if his master’s arrival finds him at this employment. I tell you truly, he will place him over everything he owns. But as for the servant who says to himself, “My master is taking his time coming,” and sets about beating the menservants and the maids, and eating and drinking and getting drunk, his master will come on a day he does not expect and at an hour he does not know. The master will cut him off and send him to the same fate as the unfaithful. The servant who knows what his master wants, but has not even started to carry out those wishes, will receive very many strokes of the lash. The one who did not know, but deserves to be beaten for what he has done, will receive fewer strokes. When a man has had a great deal given him, a great deal will be demanded of him; when a man has had a great deal given him on trust, even more will be expected of him.